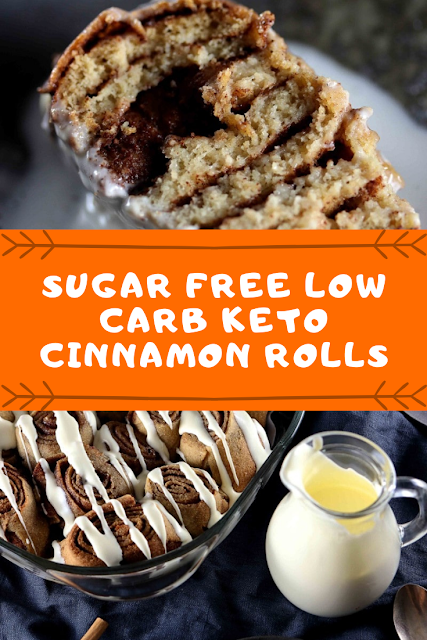 These delicious low carb cinnamon rolls are made with psyllium husk powder which keeps them gluten-free and low carb!

Cream Cheese Frosting
Add the cream cheese, almond milk and stevia powder to a glass bowl and microwave for 20-30 seconds.  This will soften the cream cheese so it will be easier to mix.
Mix with a small fork until nice and creamy.
Pour over the cinnamon rolls.
Dairy Free Frosting
If you eat dairy-free, make this frosting instead.
Scoop out the chilled cream from the chilled coconut milk can and place it in a bowl.  Add the Lakanto maple syrup to the bowl and mix to combine.
Pour the frosting over the cinnamon rolls when they aren't too hot.